It was a year ago that Bruno (58) stepped into the office in Grenoble, France, as he often does. A new face caught his attention. "I thought it was the first day of this trainee. It turned out that he had already been working for us for a while," recalls the Frenchman, who recently also retired as a member of the board of directors of the SmartCoat Group, Selectline's parent organisation. "I didn't know that. And that doesn't belong to me."

"I feel most comfortable when I know what is going on in the lives of my employees: who they are, what their children's names are and so on. With the SmartCoat Group's more than 60 employees today, spread across ten locations on five continents, that's no longer possible. I realised it was time to hand over the baton."

Barefoot on the football pitch

Bruno took over the predecessor of today's SmartCoat Group in 2004 at the age of 41: Sudlac. At the time, the French company produced paints for the construction industry, but later focused on coatings for horticulture and sports field lines. In 2015, he and Jort Gerritsen were at the helm of the merger of Sudlac and the Dutch company Mardenkro.

Less than three years later, Bruno was closely involved in the founding of Selectline. He wanted to establish a brand that could meet the needs of the largest export markets of sports field liners. "It was a wonderful time. I got to walk barefoot on the football field of some famous stadiums. Parc de Princes in Paris, Stade Vélodrome in Marseille; as a little boy I would never have dreamed of it."

"What I have also marvelled at are the technical developments within the world. Take the line marking machine Turf Tank One for example: fully automatic and GPS-controlled. The linesman only has to fill it with paint, he can go out for coffee and when he comes back, the football field is in perfect condition. Impressive!"

According to the Frenchman, "all the traffic lights are green" that Selectline will also be successful in the future. He sees that the employees of the company form a close club, are eager to learn and pass on knowledge to each other. At many of the competitors, linemarking products are a by-product. Not at Selectline, where it is the main activity. That makes it the strength of the company: it has so much knowledge and expertise in house."

Bruno has now exchanged his life of meetings, customer visits and long car journeys to Selectline in Baarle-Nassau for another life. "I still miss the work, though, especially the everyday things: opening the door of the production hall and hearing the sound of the machines that everything is going smoothly or solving the unexpected problems on a day..."

"I am looking forward to the future a lot. I love paragliding, skiing and hiking. In addition, I am currently developing an economy network in the region where I live: Rhône-Alpes. I also want to travel around the world with my wife, and I sing in an opera with 450 students. No, I won't be bored." 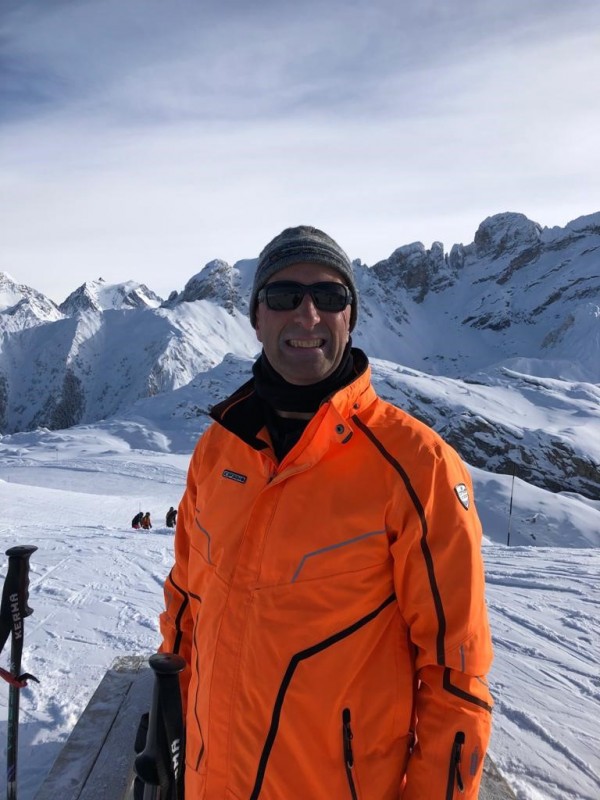